FOI now has the most highly-developed leading-edge technology for the detection of nuclear weapons tests. The prototype SAUNA III was developed by FOI and has now been handed over to the CTBTO, the Comprehensive Nuclear-Test-Ban Treaty Organisation. 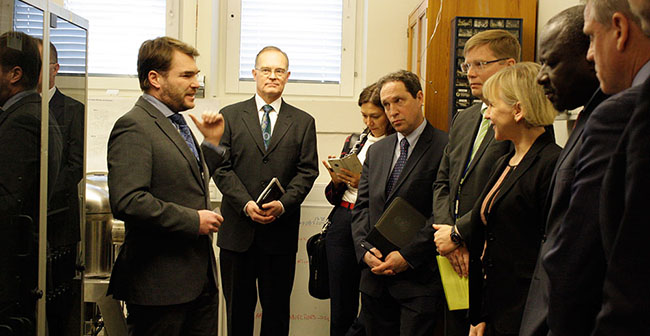 Verification of suspected nuclear weapons tests is one of the foundation stones of the work on disarmament, and Swedish technology is already in use worldwide.

“The new technology in SAUNA III increases the precision and speed of verification, which directly increases the possibility of clarifying that a weapons test has occurred, and by whom,” says Anders Ringbom, researcher and Swedish contact person for the CTBTO.

Earlier versions of SAUNA are in use today all around the world, both within the international monitoring network run by the CTBTO, and for various national monitoring systems. The SAUNA systems are produced and upgraded by an Uppsala-based company, Scienta Sensor Systems. In total, 36 systems have been installed, and each of them will be offered an upgrade to the latest SAUNA III technology.

The SAUNA system is based on the analysis of xenon, a gas that is produced in all nuclear weapons tests. The system draws in large quantities of air and detects extremely small amounts of the gas with great precision.

“It is above all the air purification that has been improved in SAUNA III; we can deliver results much more quickly,” says Mattias Aldener, researcher at FOI, and one of the developers. “And the faster the technology, the less the risk that someone tries to violate the test-ban treaty.”

Xenon detection is one of several methods used to verify whether a nuclear weapons test has been carried out. FOI is also the Swedish national data centre for processing data from, for example, seismic detectors and measurements of radioactive particles. FOI continually develops new methods, and is increasingly moving towards integrated models that use data from several different types of detectors.

“Our strength lies in having developed our own analytical tools, which makes us independent from other countries and, ultimately, reinforces the verification,” concludes Anders Ringbom. 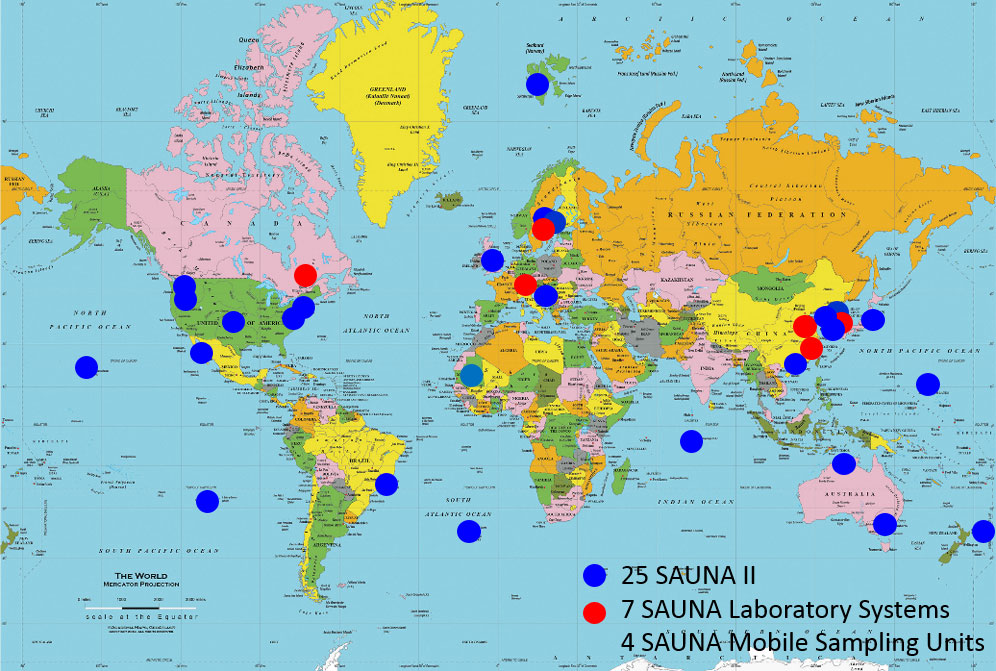 The SAUNA system for verification of xenon gas has been installed in locations worldwide. Map: FOI