Progress in research on multi-sensor systems

A new FOI report to the Armed Forces details substantial progress in research on multi-sensor systems. Among other things, such systems can now follow suspicious objects autonomously. 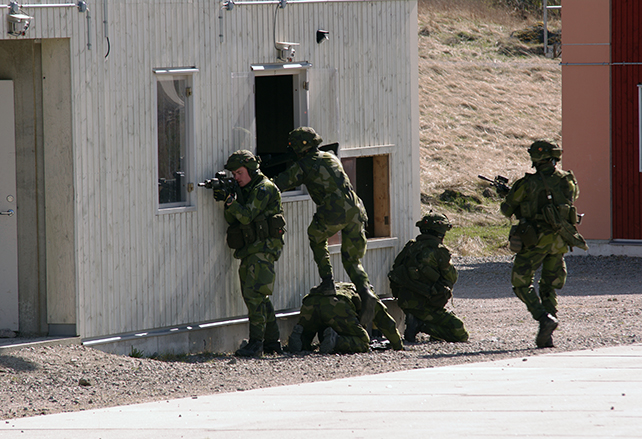 Soldiers train for conflicts in urban environments, at the Land Warfare School, in Kvarn. The entire area has an extensive sensor system that registers how soldiers move and use their weapons during training, producing data that FOI uses. Photo: Swedish Armed Forces.

When the Swedish Armed Forces were dispatched on international missions to countries such as Afghanistan or Mali, it became clear that monitoring urban environments bustling with people and vehicles constantly on the move was close to a nightmare and a task requiring major personnel resources.

For more than a decade, though, FOI has been researching multi-sensor systems that can automatically register activity in situations that are difficult to control and then alert an operator when something unusual occurs. At the end of this year, FOI will brief the Armed Forces on the results of its three-year research project, “Multi-sensor systems for surveillance.” Its report will relate numerous exciting results, including:

FOI’s researchers have also looked ahead at the possibility of using moveable sensor platforms, primarily drones, for reconnaissance.

“On receiving an alarm, the system could autonomously dispatch a drone to investigate and report whether it’s a false alarm or a real threat. That way we reduce the risk to personnel who would otherwise have to be sent out to reconnoitre. The threat can then be dealt with earlier, before it causes damage,” says Stefan Nilsson, a Deputy Research Director in the Division of C4ISR (Command, Control, Communications, Computers, Intelligence, Surveillance, and Reconnaissance), in Linköping.

FOI’s successes in the multi-sensor field are based foremost on the breadth of its knowledge.

“We have in-house research that covers all types of sensors; we work with informatics and signal processing and can conduct simulations and measurements.”

All of which places FOI at the leading edge of international sensor research.

“This makes us an attractive partner that many would like to collaborate with, for example in international projects within EU’s framework program.” 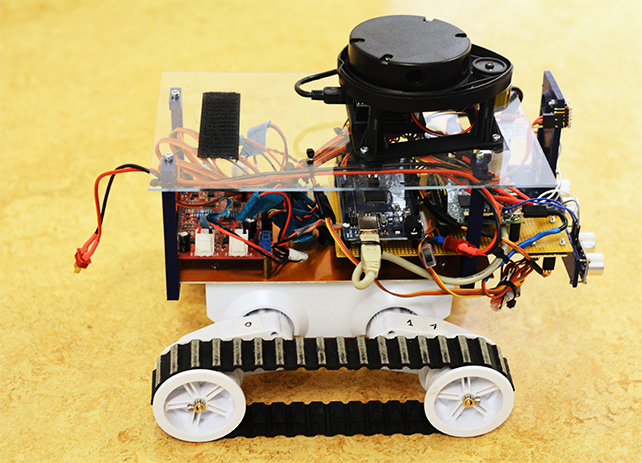 FOI investigates threats with the help of sensors mounted on autonomous mobile platforms. This avoids dispatching soldiers before the nature of the threat has been determined. Photo: Tomas Eriksson.