Underground nuclear explosions emit radioactive gases such as xenon and argon. FOI is expanding its knowledge of natural background radiation to yield ever more reliable evidence of nuclear weapons tests. 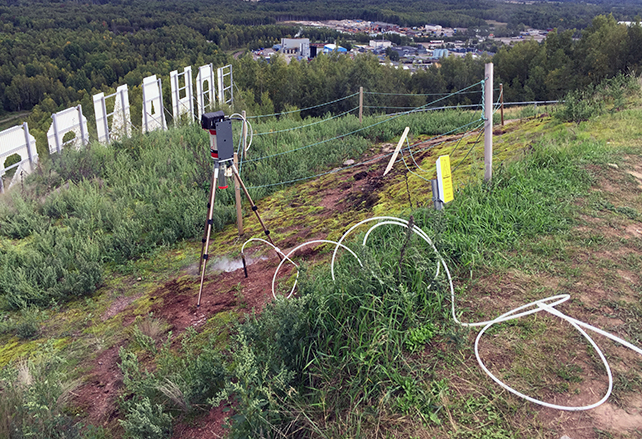 An instrument that measures radioactivity on the ground and a so called gas skewer that collects gas. On the left side of the picture is an art installation made by Peter Johansson. Photo: Mattias Aldener/FOI.

Underground nuclear explosions release a number of elements, including xenon and argon. Since these are noble gases, they do not react when transported upwards through the soil, so elevated levels of these gases are a certain sign of a nuclear explosion. But, since these elements naturally occur in the ground, an accused nation can claim that natural background radiation is to blame.

To improve the evidence base, FOI has collected air samples at Kvarntorpshögen, in Närke, an area where the ground has high levels of uranium and, accordingly, high natural levels of xenon, none of which are hazardous, it must be added.

“We want to learn more about background radiation, so that we can be even more certain whether a registered level of radiation has a natural source. This increased knowledge gives us a better evidence base, and allows us to declare with even greater certainty whether an emission is too large to be natural,” says Mattias Aldener, senior scientist in the Department for Nuclear Weapons-Related Issues.

Sampling was conducted by simple means. After using a digging bar to make a hole in the ground, the researchers collected the air that emanated. The air samples were then analysed in FOI’s laboratories and in those of its research partners in Switzerland and USA.

The final results of the tests have not only taught FOI much about natural background radiation, but also led to improvements in sampling methods. This is important knowledge that FOI can include in its work within the CTBTO, the organisation that monitors whether the global test ban treaty is being followed.

At the beginning of this year, FOI also presented the third-generation SAUNA system to the CTBTO; by detecting xenon, the system can reveal underground tests with a high degree of precision. The SAUNA system is today installed in 25 measuring stations placed around the globe, as well as in a number of portable installations of the type that in 2006 exposed North Korea’s first nuclear weapons test.

CTBTO, the Comprehensive Nuclear-Test-Ban Treaty Organisation, was established in 1997, with offices in Vienna. The organisation monitors observance of the test-ban treaty. The CTBTO has over 200 measuring stations around the world, which use different techniques – seismological, hydro-acoustic, infrared, and atmospheric – to expose nuclear weapons tests. FOI contributes measurements of xenon, a gas released in large quantities from a nuclear explosion. 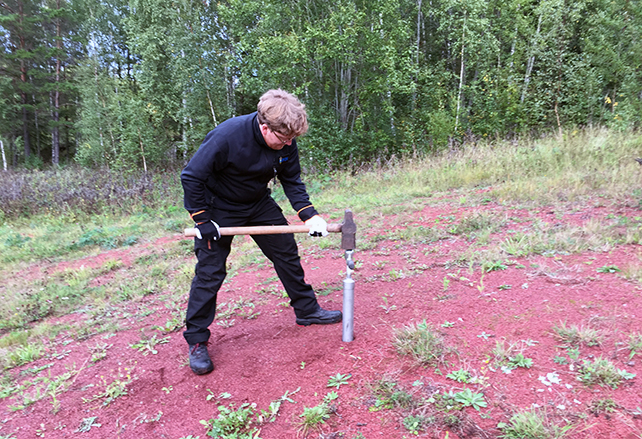