Few Russian think tanks can be considered to be independent of the state today. Russia also has the explicit policy of conveying a positive image of Russia via think tanks. Think tanks do that differently, however, according to an FOI report that reviews Russian think tanks that communicate with the Western expert community. 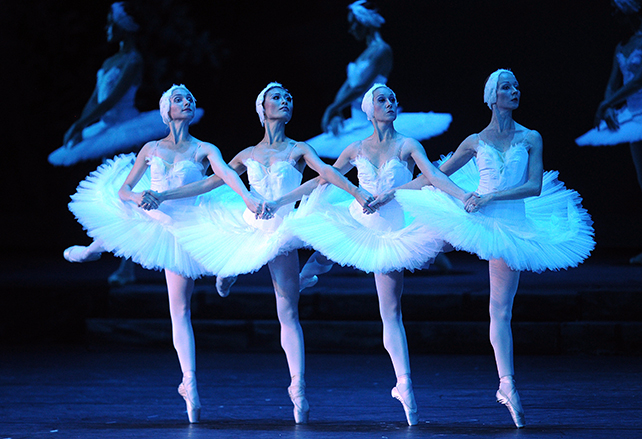 In Russian documents soft power is using almost any and all means available, except for military ones, to achieve influence. Photo: ITAR-TASS, Valery Sharifulin.

With the help of Russian think tanks, Russia wants to influence the research community and wider public opinion in the West. This is sometimes called soft power. The definition of the concept used in the West is “the ability to attract,” to make others do what one wants through one’s power of attraction, primarily through the well-being and attractive lifestyle of one’s own country.

“In Russian documents, however, it’s another matter altogether; namely, using almost any and all means available, except for military ones, to achieve influence,” says Carolina Vendil Pallin, who with Susanne Oxenstierna has written a report on Russian think tanks. They are both Deputy Research Directors in FOI’s Defence Analysis Division, in Kista.

“The Foreign Policy Concept of 2014 calls for Russian academics and experts to engage in the country’s public diplomacy and in dialogue with foreign specialists in the field of international relations. The report investigates how Russia uses soft power to influence the expert community in the West,” says Susanne Oxenstierna.

“We selected think tanks that represent different ways of working, where some have really succeeded in reaching out to Western researchers and decision-makers, others less so,” adds Carolina Vendil Pallin.

The results indicate that the think tanks that aim to contribute to the global discussion on various issues have the most well-developed contacts with foreign researchers, whereas those that primarily seek to promote Russia’s interests are less successful.

“Their experts are sought after as speakers at different events around the world. That they have access to those in power in Russia is considered an advantage, and means that they can make interesting contributions to current debates and various international collaborations,” says Carolina Vendil Pallin.

“The think tanks that wish to influence foreign opinion more directly, by conveying the views of Russia’s political leadership, tend on the other hand to build networks with experts and organisations that are more marginal. Some of these are also rather special, in so far as they mostly focus on reaching former republics of the Soviet Union,” continues Carolina Vendil Pallin.

The activities that the think tanks engage in include organising conferences and developing cooperation with other think tanks in the international arena.

“Many put out publications and maintain websites. We have among other things looked at the quality of the English on their websites and can see that some put quite a bit of effort into proofreading. Several are active in social media. This says a lot about their level of ambition,” says Carolina Vendil Pallin.

What about financing? All the think tanks in the study are either directly or indirectly dependent on the state for financial support. Other financing comes primarily from major corporations.

To demonize is not the point

The study establishes that most of the think tanks it investigated have close connections to the president’s administration and the ministry of foreign affairs.

“When one cooperates with or engages in dialogue with Russian think tanks, it is important to be aware of their circumstances and the agenda they are likely to promote,” says Susanne Oxenstierna.

At the same time, the authors are careful to point out that in general they have not wanted to demonize Russian think tanks.

“It actually doesn’t matter which country a think tank is associated with; one has to know who one is selecting as a cooperation partner and be aware of the domestic conditions under which they conduct their activities,” adds Carolina Vendil Pallin.