In Finland, approximately ten per cent of conscripts form readiness units once their compulsory national service has been fulfilled. Their tasks have been adapted to modern hybrid warfare. 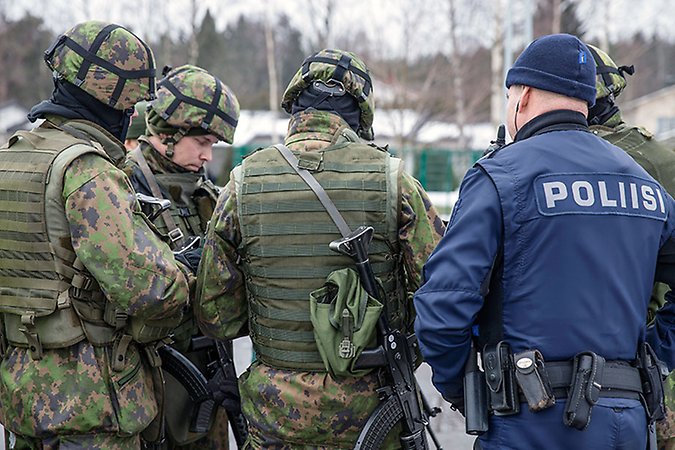 Finland has maintained a conscript-backed defence throughout the 2000s. This provides numerous advantages now that there is increased tension in northern Europe and national defence is again a priority. But, according to the FOI study, “Guardians of the North: The Finnish Army Improves Readiness and Mobility to Counter Hybrid Threats,” to be able to mobilise rapidly enough to counter today’s hybrid warfare, a smaller group of conscripts are retained for further short-term employment once their basic training has been completed.

The rapid sequence of events and the unconventional hostile actions that characterised the annexation of Crimea and the war against Ukraine became a wake-up call for the Finnish defence establishment, given its task of guarding the 1,340 km border with Russia.

Finland has a wartime organisation that includes 280,000 soldiers, but a conscript army requires time to mobilise. It is also forbidden by law to use untrained conscripts in live combat. This is a consequence of having dispatched conscripts into combat against battle-hardened German troops at the end of the Second World War, with catastrophic results. Currently, conscription in Finland is for a period of six months, starting at either the beginning or the middle of the year. Since three months’ training are required before a recruit can legally be sent into live combat, the country has been without useable conscripts for two quarters each year.

“Finland’s solution is that each year about ten per cent of conscripts form readiness units during a six-month period after completing their regular conscript training, so as to be available in case of an urgent crisis,” explains Senior Scientist Michael Jonsson, who co-authored the report with Johan Engvall.

This group’s task has been adapted to modern hybrid warfare, in which both the purpose and the actors in an emerging crisis may remain unclear.

“This is why they train together with the police and the Finnish border guard, for example, in scenarios involving fast-escalating crises that may require military firepower.”

The study notes that Finland, despite its large conscript defence and its vulnerable location, has only half Sweden’s defence budget. This is largely explained by the Finnish materiel procurement strategy.

“Finland often purchases used equipment, which is much cheaper and which they know works well.  Finland also has much outdated materiel in its local and regional units, materiel that in Sweden has been shunted off,” says Michael Jonsson.

Military cooperation between Sweden and Finland is increasing. While air force and navy cooperation have so far been most advanced, the army side is now steadily increasing.

“At unit level we also see cooperation within the army: soldiers from the Björneborg brigade defended Gotland during Exercise Aurora and the Guard Jaeger Regiment in Helsinki has trained in urban warfare in Kvarn. Swedish personnel also participate in artillery exercises in Finland.”

“If Finland can defend its territory, then of course Sweden benefits. In addition, defence cooperation increases Swedish capability, not least by means of the increasingly large and ever more complex joint exercises,” says Michael Jonsson.