The USA is extracting more of its oil and gas than it did earlier. At the same time, we are gradually replacing the use of fossil fuels in our cars. In the long run, these changes may eventually undermine both the Russian economy, which is dependent on energy export, and the Russian armed forces, according to a report from FOI. 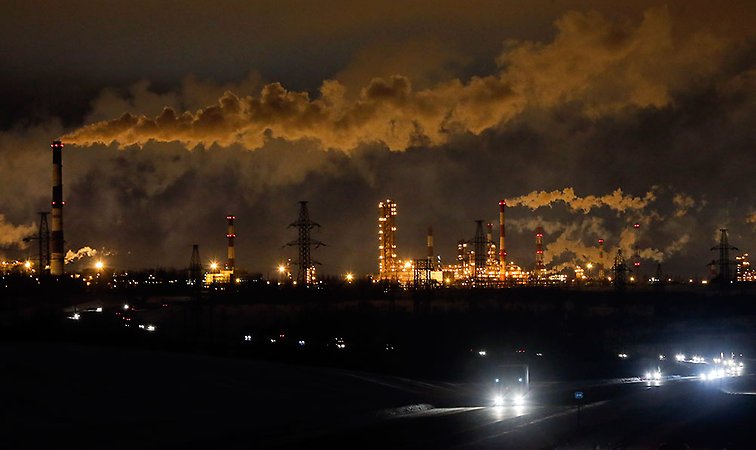 When the USA began to extract oil and gas from shale over ten years ago, it had major consequences for energy markets. The USA was no longer as dependent on buying natural gas and oil from other countries.

“The price of crude oil dropped and an important customer of oil- and gas-producing countries began to import increasingly less,” says Niklas H. Rossbach, a security policy analyst at FOI.

At the request of the Swedish Ministry of Defence, he has prepared an overview of how energy and security policy are connected. The focus is on how Russia will react regarding energy interests in different parts of the world and which measures one can imagine it might take to protect its economic interests.

In the report, “The Geopolitics of Russian Energy,” he describes what changes in the energy market can lead to over time. In the short- to medium-term, to 2025, there is a risk of large fluctuations in the price of oil and gas. It can contribute to the collapse of the economy in certain countries, such as Venezuela, which are dependent on exporting energy. When a producer disappears in that way, prices increase.

“In the medium-to-long-term, these developments might strengthen Russia, since the country produces oil and gas cheaper than many of its competitors. It’s used to coping with large price swings on the global market,” says Niklas H. Rossbach.

He believes that in the long term the gas market will be global. Today, gas is increasingly being transported in tankers. A Russia that also ships gas can be a leading actor on a global gas market.

In the very long term, this involves the ever greater phasing out of fossil fuels. This will entail major problems for Russia.

“They are making money by exporting energy, gas and oil. If it becomes less profitable, Russia’s economy is going to be weakened. In turn, this may weaken the armed forces.”

There is a risk that energy exporters such as Russia resort to desperate measures to gain control of their markets, Europe for example. A major American misgiving is that the country will use energy as blackmail to attain its security policy objectives in Europe.