Increasing numbers of military systems and vehicles rely on batteries for electricity. To build the knowledge base of the Armed Forces, among others, FOI has begun research on extending battery life and minimising the risk of fire and explosion. 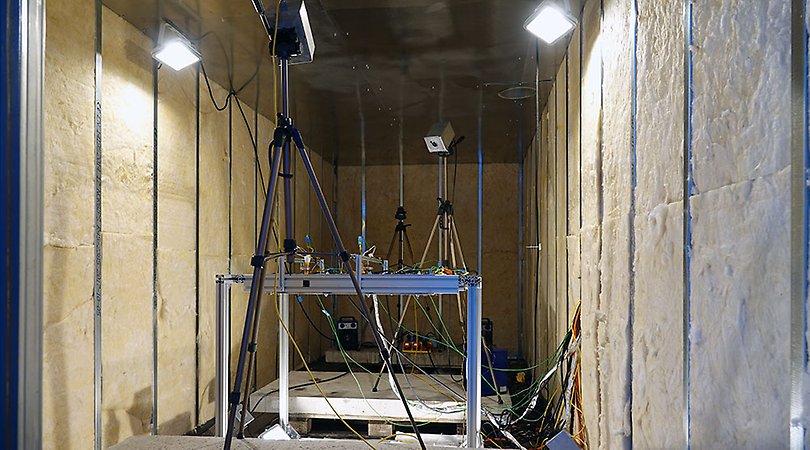 The navy’s submarines have long used electricity stored in large batteries for silent underwater propulsion. Now, land-based elements of the Armed Forces are also becoming interested in battery power. This involves hybrid or completely electric-powered vehicles that can stealthily approach an enemy. The individual soldier is being equipped with more and more electronics, in the form of night vision, communications equipment, rangefinders, sensors and other gear that requires electricity. Missiles are operated and controlled using energy from thermal batteries.

Energy-dense li-ion (lithium ion) batteries are a fantastic innovation. But they can be dangerous if they are subjected to external influence. FOI’s Grindsjön test facility provides the possibility to research what happens when a battery is exposed to abuse.

“So we’re testing what happens to batteries during a collision, or when we use a compressed air cannon to shoot a projectile into a battery; we want to see what they can take and what happens when they break,” says Martin Skarstind, a senior scientist at FOI.

One of the weaknesses of a li-ion battery is that it may begin to burn if its shell is damaged. When a battery burns it emits dangerous gases, most often fluorine compounds. These can be deadly in enclosed spaces such as in a submarine or an airplane.

“One has to know which gases are created and how to deal with them. Also, when a battery reaches a certain temperature it releases so much energy that it contributes to its own fire.”

“We observe that if one has many small batteries instead of a few large ones, the risk of the fire’s spreading from one burning battery to another is minimised, since small batteries don’t store as much energy,” says Martin Skarstind.

Batteries are also submerged under water to check that they and their cases are sufficiently watertight to avoid short-circuiting.
The research also addresses how one can obtain the most energy possible from batteries.
The life expectancy of batteries is basically determined by three things – how they are charged, how they are produced, and whether their qualities deteriorate over time.

“Research shows that li-ion batteries do best when they stay charged between 20-80 per cent. We also see that batteries produced by major manufacturers are often unsurpassed, since they are made in clean environments, have an electrolyte of good chemical composition and are well-sealed. We also see how the electrical resistance of batteries increases after a certain number of charges and that part of the energy then becomes heat instead of electricity. So we check which batteries can handle the most charging cycles,” says Martin Skarstind.

FOI’s biggest customer for battery testing is FMV, the Swedish Defence Materiel Administration, but tests are also carried out for private companies. The operation is growing, since batteries are going through a generation shift, where among other things li-ion batteries are expected to replace the lead batteries in submarines and the thermal batteries in missiles. FOI’s experience and its equipment for testing explosive materials and yields are also excellently suited for testing batteries.

Film from one of the battery tests. Photo: FOI. 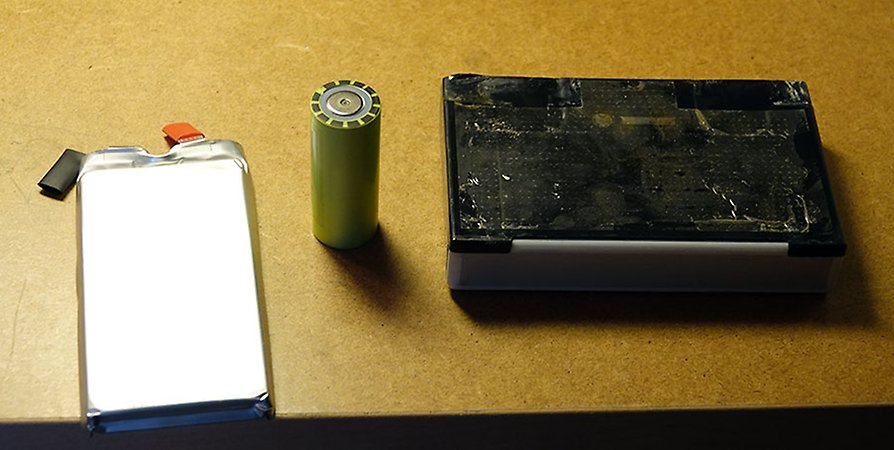