Imagine being able to travel from Europe to Australia in three hours. In the European cooperation project, STRATOFLY, FOI has a key role in producing a propulsion system that will power future aircraft at speeds ten times faster than today’s. 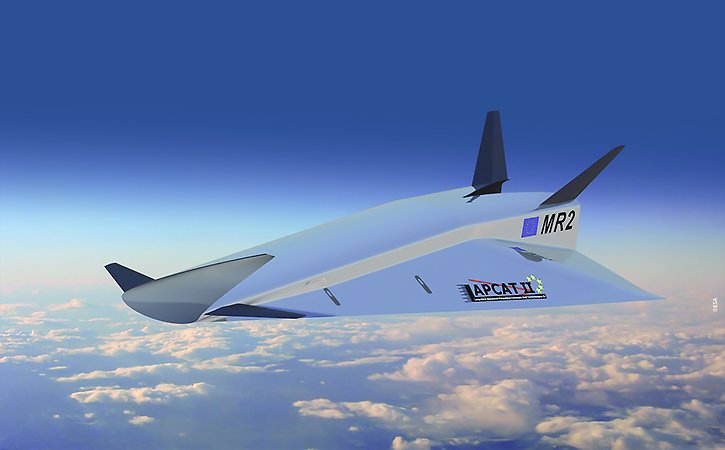 Most of today’s passenger aircraft fly between 10,000–12,000 metres, in what is called the troposphere. But airspace is beginning to become crowded. By flying much higher, in the stratosphere, we would gain a new airspace, be able to fly faster between continents and reduce both air and noise pollution. This can be reality in 20-25 years through the STRATOFLY project, which is the result of an initiative of ESA, the European Space Agency. STRATOFLY is coordinated by the Polytechnic University of Turin and involves ten European research institutes and universities.

“With a new high-speed aircraft that flies in the stratosphere, at heights between 30,000–35,000 metres, it will be possible to fly between Europe and Australia in two to four hours instead of at least 20,” says Christer Fureby, Research Director in FOI’s Division of Defence and Security, Systems and Technology.

While we can breathe easily in the troposphere, the air is much thinner in the stratosphere, which presents less air resistance. Of course, the engine is also essential in determining the speed. In cooperation with the French aerospace research institute ONERA, Germany’s DLR and Italy’s CIRA, FOI is working to develop a new propulsion system for high speed air travel. FOI has long and extensive experience in working with aircraft engine matters.

“To reach these high speeds you need more than an ordinary aircraft engine. FOI is recognised for its advanced level of competence in propulsion, which is why we’ve been asked to take on the challenge of designing a new engine concept,” says Christer Fureby.

The cabin will be windowless

The actual vehicle is also going to look different. The nose will consist of a large air intake and the engine will be placed in the middle of the craft. The engine exhaust will be between the tail fins. The passenger cabin, situated within the body of the aircraft, will be entirely windowless.

The project, which is interdisciplinary, is not only about technology but also clarifies several different aspects that are important for the future’s stratospheric air travel: the aircraft’s life-cycle costs, climate impact, market and ticket prices, logistics, and safety issues.

“What is unique about the project is that it takes a holistic approach and assesses the different aspects in relation to each other,” comments Christer Fureby.

In the present situation, it is difficult to say exactly when the first high-speed aircraft will take to the air.

“The project is highly advanced, technically, but, unless something unexpected happens, we might have our first working vehicle in 20–25 years,” says Christer Fureby.