There is widespread interest in studying the material graphene, although a breakthrough has yet to be achieved. 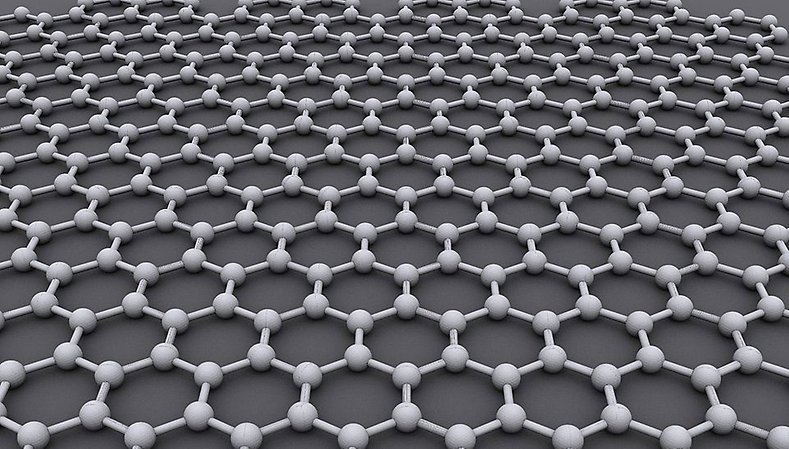 Graphene, which consists of a thin layer of carbon atoms, is 200 times stronger than steel, conducts electricity faster than silicon, is light, flexible, transparent and chemically resistant. It is a material that is almost too good to be true, with myriad potential applications, including ballistic protection.

“It is easy to be swept along by major technical findings, such as with graphene. But one should keep in mind that earlier discoveries in the nanotechnical field, such as so-called buckyballs, or nanotubes, have still not led to commercial success,” explains Steven Savage, Research Director at FOI’s Division of C4ISR – Command, Control, Communications, Computers, Intelligence, Surveillance and Reconnaissance, in Linköping.

He has collected and analysed information from open sources for an FOI study of graphene’s potential for improving lightweight protection.

“Many findings show improvements in material characteristics such as strength and toughness and a higher ballistic limit value when graphene is included in the material. There really are many conceivable applications, whether as ballistic protection or within the aviation industry, but many tests and development phases are necessary first.”

Major interest in the aviation industry

Steven Savage says that in the aviation industry there is enormous interest in graphene.

“The carbon fibre composite material in a Gripen is 70 per cent carbon fibre; the rest is plastic, which holds the fibres together. It is the plastic that falls apart in minor accidents, for example during maintenance. If we could add a few per cent graphene to the plastic mixture, the material would be much stronger. Since graphene is also an excellent conductor of electricity, the aircraft wouldn’t require any protection against lightning, and icing would be much easier to prevent,” he says.

“Trials using computer simulations show that materials reinforced with graphene have enormous energy absorption capabilities, so the potential is there. At the same time, the few practical tests that have been conducted have demonstrated only modest improvements.”

Still, the range of possible applications is almost unlimited; for example in bendable electronics, composites for the auto industry, electronic components or de-icing coatings on wind turbines. Medical applications such as artificial retinas and biosensors are other conceivable products.

Can all this be realised?

“The question is, though: Can all this become reality?” adds Steven Strange, laughing. “As usual, the answer must be: yes, maybe, but we don’t know. Thousands of researchers are working with graphene, but of those only a few hundred are focusing on graphene as ballistic protection. It may take 10-25 years to produce, classify, qualify and validate new material for new platforms. Research on the material used today to build the Airbus A380 was conducted 30 years ago. On the other hand, when it does arrive it may allow enormous improvements in performance, which is why it is of greatest importance to monitor its development.”

FOI is involved in arranging a conference together with the NATO Applied Vehicle Technology (AVT) Panel. This is a specialist meeting on the subject of graphene technology and defence. The conference is open to NATO nations, as well as Australia, Sweden and Finland, and will be held in Trondheim, Norway, 10-11 October 2019.

Read more about the conference