This month, May 2017, the members of the Arctic Council are meeting in Alaska. On the agenda are questions about climate change and energy extraction, based on new reports of accelerating ice melt. 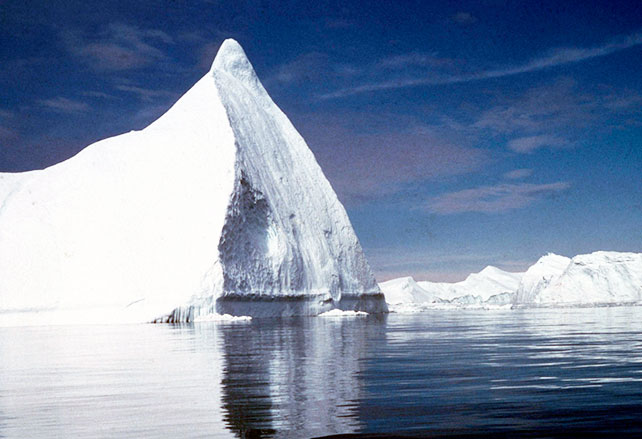 A range of governmental and non-governmental actors are becoming increasingly interested in the Arctic, at the same time as the latest data indicate that within a few decades the Arctic Ocean will be ice-free in summer. There is an interplay between these new conditions and developments in global geopolitics. Economic and military interests have increasing importance for the Arctic.

“The geopolitical climate has worsened,” says Niklas Granholm, a Deputy Research Director at FOI. “Russia’s annexation of Crimea and the on-going war in eastern Ukraine, as well as the USA’s signals of a tougher stance towards North Korea and Syria, for example, affect the way the major powers view the Arctic. Even China is advancing its positions and will probably try to gain long-term advantage of the dynamic in the Arctic.”.

The three great powers, China, Russia and the USA, have different strategies and lines of action in the Arctic. Their respective national interests in the Arctic are distinctive and affect each country’s policies towards the region.

“Russia has extensive plans for developing the Arctic, which are now being put in motion. The list includes extension of the infrastructure for energy and mineral extraction, shipping and military capacity,” states Niklas Granholm. “The military’s plans are developing relatively well, while the Russian energy sector is challenged by low prices.”.

China’s bilateral relations with the Arctic Ocean’s coastal states are crucial for Chinese influence in natural resource extraction. China will continue its efforts in the natural sciences in the Arctic. The Arctic is an arena where China can present itself as a responsible international actor. China’s attempts to gain access to Greenland and Iceland through various cooperation projects increase, on the other hand, the distrust of other state actors in the Arctic, especially in the West.

The USA has considerable potential to affect the outcome of developments in the Arctic. The USA’s strategic agenda is long and shifting, but Arctic issues are more important than they were earlier. The slow process of ratifying the UN convention on the law of the sea (UNCLOS) and the protracted procurement of new icebreakers are two examples of factors that negatively affect the USA’s influence on Arctic issues. At the same time, both strategy and policy development are better supported by scientific analyses, strategies and policy documents than they were five years ago.