A new FOI study includes analyses of the military capabilities that the USA has available in Europe, with an emphasis on Sweden’s vicinity and the changes foreseeable by 2020. 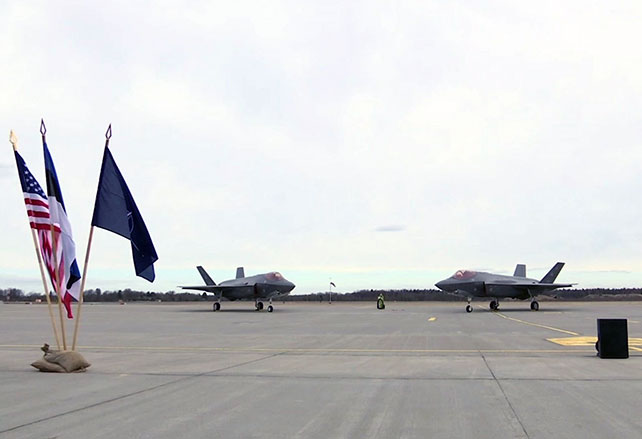 The American military presence in Europe since 1945 and the end of the Second World War has comprised a fundamental element of European security policy. This has primarily involved the NATO defence alliance and its member countries, but in recent years even countries such as Sweden and Finland have increasingly begun to underline the necessity of a stable American presence on the European continent.

“American capability for carrying out defence operations in Sweden’s neighbourhood has increased noticeably since the spring of 2014. In total, the USA will have the equivalent of a reinforced division in place in Europe by the end of 2017. This is almost a tripling of the number of manoeuvre battalions since 2012-2013,” observes Mike Winnerstig, who co-authored this FOI study with fellow researcher, Fredrik Lindvall.

The USA’s military presence in Europe has undergone continual change since the end of the Cold War. As recently as 2012, decisions about significant reductions were taken. Today (2017), overall, the USA has access to a forward strategic headquarters (US EUCOM) and approximately 63,000 military personnel who are permanently stationed in Europe.

“The most important explanation for the increase in American military capability in Europe since 2014 is without doubt Russia’s aggression against Ukraine and its willingness to use military violence. A variety of factors govern American military action in Europe, including domestic politics and general economic developments, but when serious geopolitical threats emerge they override everything else,” says Mike Winnerstig.

Facts about the USA’s forces in Europe

At the close of 2017, the USA will have the equivalent of one reinforced division in place in Europe. This is supplemented by the prepositioning of marine corps units and the possibility of transferring airborne troops from the continental USA. Together, these are in practice the main components of an army corps that can begin handling tasks in Eastern Europe within a week or two.

Ground forces: Three brigades are stationed in continental Europe; two light brigades are permanently based there, while a heavy brigade is in continual rotation. The USA has large land war training facilities at its disposal and has begun distributing and prepositioning materiel for an additional two heavy brigades and eventual supporting resources in Europe.

Air power: The USA has more than 150 advanced fighter jets based in Europe, which is comparable to the entire air force of any larger European country. In addition, there are also strategic, or tactical-strategic capabilities, such as aerial refuelling aircraft and airborne nuclear warheads.

Sea power: The American 6th Fleet is based in Naples, Italy, as is the command ship USS Mount Whitney, while four Aegis-equipped destroyers are permanently based in Spain. The Marine Corp’s presence and base facilities in Europe have been reinforced. Additionally, the USA has a certain special forces capability in Europe, and is in the process of installing an advanced missile defence system in Poland, Romania, and elsewhere.