The Swedish Air Force’s aerial combat simulation centre is a world leader in the use of simulation technology for training and educating fighter pilots, especially for the Gripen system. The technology was demonstrated in an American exercise, with excellent results. 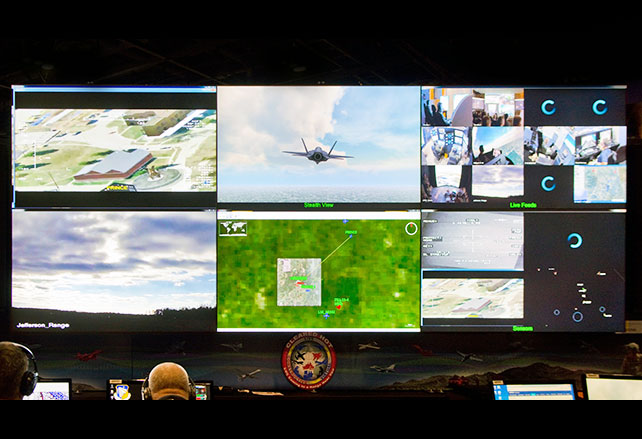 From I/ITSEC in December. Photo: AFRL.

As modern aerial combat becomes ever more complex and requires ever-larger areas of land, simulations have become a proven alternative for holding exercises that correspond to today’s intricate air battles. One example is the training and education cooperation between the Air Force’s combat simulation centre, FLSC, and the US Air Force Research Laboratory, AFRL.

FLSC, world-leading in simulator development, was the only international partner in a successful demonstration of the training concept, LVC – Live, Virtual and Constructive – held last winter at I/ITSEC, the world’s largest simulation and training event, in Orlando, Florida.

“The demonstration was of a CAS – close air support – mission, where we participated with two virtual JAS Gripen aircraft, which were flown by Swedish Air Force pilots from our facility in Kista,” says Stefan Ungerth, director of FLSC for the last three years.

The other participants were partly made up of real aircraft in the air above Indiana, and partly of other virtual actors in the air and on the ground, which were controlled from several other facilities in various parts of the USA. Fabricated enemy forces were also included. In contemporary air battles, large formations must be synchronised, which makes communication, cooperation and terminology major aspects of the challenge.

“When one has completed basic training, and has good flight routines, one practices these procedures with great precision in a simulator. Probably even better than in reality, since one isn’t so easily distracted. Also, we can train an entire formation in the LVC concept, and not just individual pilots,” says Stefan Ungerth.

With his experience in tactical development and in flying the JAS Gripen as a fighter pilot, in being an instructor at the Defence College and an aerospace engineer, and as a lieutenant colonel in the Armed Forces, Stefan Ungerth perceives several main reasons why simulations are the solution of the future: they are cost-effective compared to flying modern aircraft; they preserve secrecy and do not reveal strengths, weaknesses, performance and tactics. In addition, simulations make no claim to either airspace or territory. His hope is that the concept will be part of everyday training in Sweden, and of collaboration with neighbouring countries and other partners.

“With the demonstration in the USA, we showed others, and ourselves, that we have the right competence and that we do this well, at relatively low cost. In the future, the Armed Forces, especially, but indirectly even Swedish industry, will be able to make use of this.”

The video is produced by AFRL och is approximately eight minutes long. 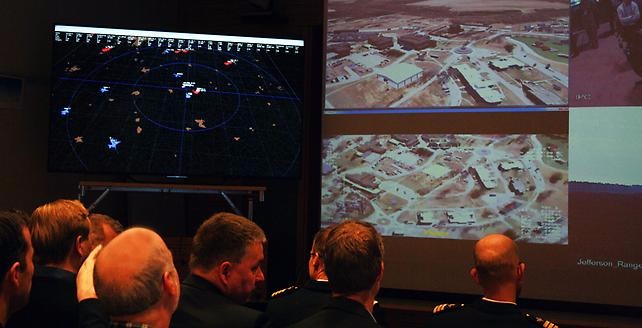