As a result of Russia’s military action against several of its neighbours, the security situation in our part of Europe has also worsened. Northern Europe and especially the Baltic region are at the intersection of this East-West conflict. What does this mean for Sweden? A project underway at FOI is delving into one of the trickiest questions – a renewed focus on nuclear weapons. 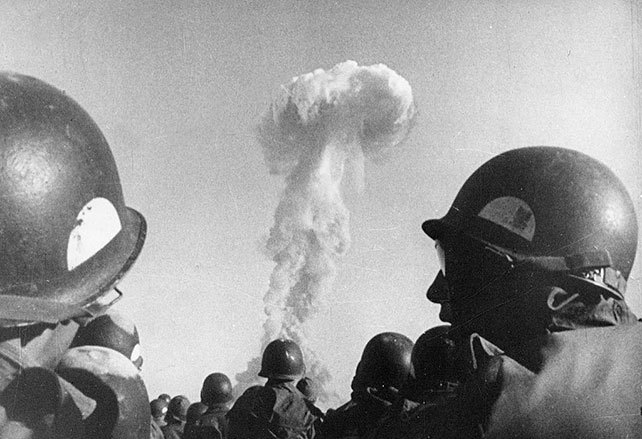 Against the backdrop of the worsened security situation, a project at FOI is looking more closely at the latest developments in the area of nuclear weapons. The study will focus less on purely technical capacity than on the policy statements and modernisation programmes of different countries.

“In the course of our work, we will also be looking more closely at more concrete issues,” says John Rydqvist, an FOI researcher and leader of the project. “The aim is mainly to analyse how continuing developments in the area of nuclear weapons influence how the European battlefield is viewed. Are there plans, once again, to use nuclear weapons in battle?”.

An increasing number of countries are beginning to signal that they need the protection that nuclear weapons provide. Especially Russia, its rhetoric, its renewal of its nuclear weapons arsenal and its military-theoretical debate point in that direction. NATO’s internal discussion has become one of how the NATO alliance will ensure its capacity in the area. How should Sweden act in the face of these developments? What is implied in receiving help from countries and alliances that have nuclear weapons in their arsenal, at the same time as Sweden is working for disarmament and prohibition of nuclear weapons?

Later this spring, this on-going project will result in a report about the nuclear weapons situation in Europe.

Nuclear weapons issues were discussed in the FOI report, Strategic Outlook 6, which was published in November 2015.