The model that FOI uses to calculate the climate impact of Sweden’s civil aviation has just become better. This is an outcome of a research project that the Swedish Transport Agency commissioned FOI, together with LFV, the Swedish civil aviation administration, to carry out. 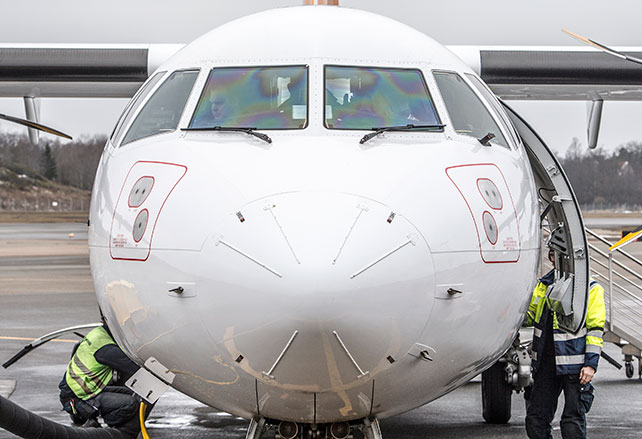 Current calculations of carbon dioxide emissions that the Swedish Transport Agency has commissioned FOI to carry out have underestimated the routes flown. This is because the model is based on the straightest and shortest possible flight path. Airlines, on the other hand, never fly the straightest route.

The Swedish Transport Agency therefore commissioned FOI and LFV, in 2016, to develop and improve the model.

For the project, FOI has received access, via LFV, to actual radar tracks for seven domestic routes; all flights on those routes during four weeks (one week per season) have been analysed, in total, 1700 flights. The analysis shows that flight paths for those weeks are 4-14 per cent longer than the straightest routes. By using the radar tracks, FOI can refine the model for fuel and emissions calculations so that the difference between the routes calculated and those actually flown is reduced.

“In addition to using an improved model, LFV has implemented a tool in its air traffic control system that analyses how they can direct air traffic in a way that lowers fuel consumption even more,” says Tomas Mårtensson, researcher at FOI.

This foundation can also be used to study climate impact at high altitude. This involves the formation of contrails and the influence of water vapour and soot, as well as nitrogen and sulphur compounds, all of which affect climate when they occur at high altitude. FOI will now perform a simpler analysis, which will consider the extent to which air traffic flies at heights that have an extra effect on climate. The Swedish Transport Agency plans to apply for additional research funds so that this can be analysed further. 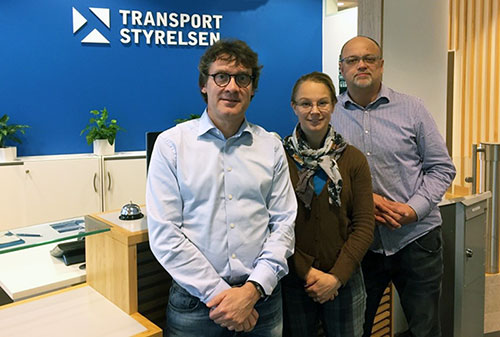