The use of chemical agents for injuring and killing people is increasing in conflict areas such as Syria and Iraq. This is apparent from FOI’s latest report to the Armed Forces, on the CBRN threat from non-state actors. 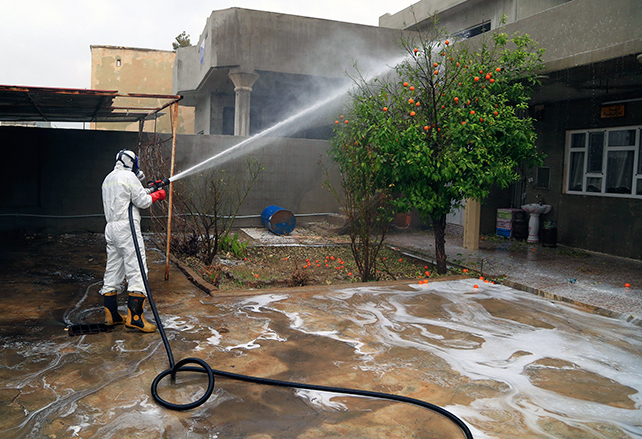 FOI compiles an annual report, commissioned by the Armed Forces, on the use of CBRN, or chemical, biological, radiological, and nuclear materials. The report describes events in which CBRN has been used by non-state actors. Its aim is to identify discrepancies and trends so that national government organisations in Sweden receive an updated picture of the situation and can coordinate their work and preparedness in accordance with what is happening elsewhere in the world.

The 2016 annual report makes it clear that concern for terrorist use of CBRN has become substantially stronger.

“We can see that in conflict areas such as Syria and Iraq there are actors that demonstrate an ambition to increase their capacity to use CBRN. Earlier, they would deploy them by exploding tanks of hazardous materials, but now we can observe that they have begun to produce and are trying to develop these materials themselves,” says Magnus Normark, senior analyst in FOI’s CBRN Defence and Security Division.

At the same time, Magnus Normark notes that at present there is nothing that indicates that the Daesh terror organisation is going to conduct CBRN attacks in Europe. Attacks using various types of hazardous materials nevertheless occur regularly, but in almost all cases these target individuals.

“But, naturally, there is concern that the spread of hazardous materials will develop over time. The better Daesh becomes in using these kinds of weapons, the more the risk increases that those who return from conflict areas have received knowledge and inspiration for conducting attacks using hazardous materials in Europe,” he says.

The yearly reports are based exclusively on information from open sources and are part of a project funded by an appropriation from the Armed Forces. Research and analysis of global developments is carried out at FOI on a continuous basis by five technical CBRN experts, who are already able to discern trends for the 2017 annual report, which will be published at the beginning of next year. Among other things, the use of corrosive acids in attacks against individuals has been increasing in Great Britain.