FOI has developed new methods for looking around corners with the help of radar. This secures the agency’s role as a world leader in discovering threats just around the bend. 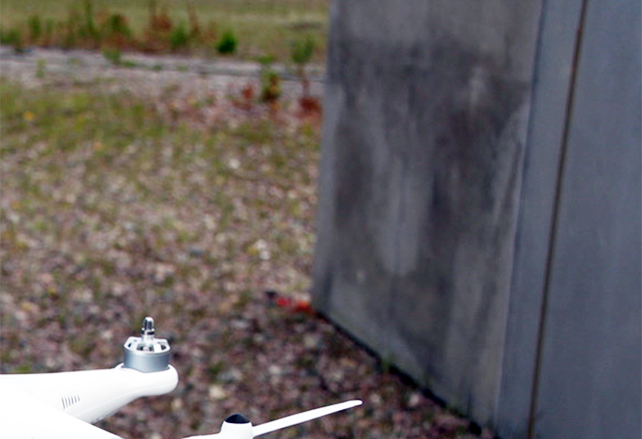 Swedish international missions have shown that there is a major need for technical support systems for discovering and following concealed threats in complex urban environments.

Radar has traditionally been used for reconnaissance at great distances and in open terrain. But the researchers at FOI’s Linköping office have demonstrated that there are major opportunities for using radar’s excellent capability for detecting movement at short distances. Radar can be adapted to penetrate various materials, which makes it possible to detect moving objects behind walls.

FOI was first in the world to provide high-resolution images of a person behind a wall. Radar can also be adapted to reflect against walls, which makes it possible to detect moving threats around a street corner, a research area where FOI is also world-leader.

At the turn of the year, FOI will deliver the final report of the three-year research project, “Radar for surveillance,” to the Armed Forces. It provides an account of new achievements in the effort to detect moving threats around corners with the help of radar.

“We have progressed to the point where our measurements, in realistic street environments, can detect and reveal whether it’s a vehicle, or a person, that’s hiding behind a corner. We can also determine whether it’s one individual, or several,” says Stefan Nilsson.

The project has also examined methods for detecting drones (UAV).

“Drones are a growing threat. They can reconnoitre, hide in various places, and function as sensors. In experiments where we’ve placed a UAV behind a corner, we’ve shown that the radar can observe the movement of a single rotor blade,” says Stefan Nilsson.

The methods have civilian applications

One of FOI’s strengths in the work on radar surveillance is the capability, in parallel with the calculations and simulations, to perform measurements in realistic environments. This makes FOI an attractive partner in international research collaboration.

“We participate, for example, in several projects within EU’s security research programme. This means we can exchange knowledge with other leading research organisations,” says Stefan Nilsson.

The research is primarily focused on the needs of the Armed Forces, but Stefan Nilsson also sees civilian applications.

“The issues that the police face can be the same as the military’s, for example that criminals are hiding behind a wall or a corner. By detecting them, the radar can then provide increased operational capability and reduce one’s risk of being injured. I can also imagine that, in the future, emergency response vehicles are equipped with radar to be able to see whether cars are behind a corner in intersections.”