A cargo ship collides with a cruise liner. Hundreds are injured and several thousand passengers are evacuated. This was the scenario for a major catastrophe exercise where tools developed by FOI were used to simulate several of its segments. 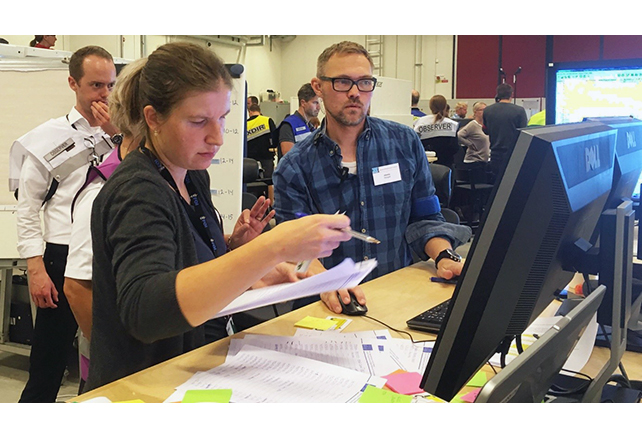 “Resilience involves the capability for adaptation and recovery,” says Rogier Woltjer, FOI’s project leader in the collaboration that is part of DARWIN.

The scenario was a major shipping accident in the Baltic Sea, with many injured, and was conducted within the EU-projektet DARWIN

The exercise tested Region Östergötland’s preparedness in disaster medicine and medical command and control. In addition to the ten or so persons from medical command and control, other actors from the crisis management system, such as SOS Alarm, the Swedish Maritime Administration, and local hospitals were also on location, all to make the exercise as realistic as possible. Also present were the Police, the Fire & Rescue Services, and other societal actors such as the municipalities and the Red Cross.

The exercise clearly demonstrated the importance of communication. It clarified collaboration’s possibilities and obstacles, which in turn will facilitate future development of the crisis management system.

“It’s extremely positive for the development of Sweden’s crisis management when the entire system is tested at the same time and we can improve our collaboration capability,” says Carl-Oscar Jonson, Research Coordinator, KMC.

The exercise was innovative in combining FOI’s simulation tools with KMC’s simulation and training methods for disaster medicine operations.

“Cornflower Wind is part of the development program we’re testing now. It involves a practical application of DARWIN’s guidelines, adapted for a region’s medical command and control. Both the development programme and the exercise setup can be used to develop collaboration, and command and control, within crisis management both in Sweden and within all of EU,” observes Rogier Woltjer.