Since the 1950s, Europe’s two nuclear powers have had differing points of departure with regard to how their security policies were coupled to nuclear arms. A new FOI study shows that the two countries have much to gain through cooperation. 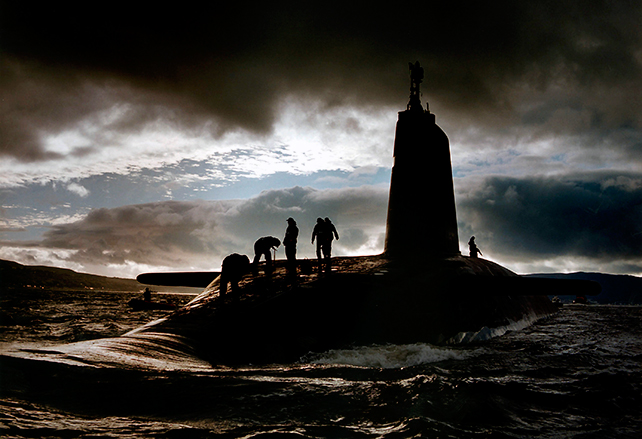 Nuclear weapons have returned as an important factor in Europe’s security milieu. As a consequence of the global security situation, with open armed conflict in and around Europe, an aggressive Russia and the threat of terrorism, the discussion in the United Kingdom and France on the future role and composition of their nuclear arsenals has changed. France lost its faith in the USA in connection with the Suez Crisis of 1956 and chose to base its strategy on self-reliance and an independent strategic posture backed by its own nuclear weapons. The United Kingdom drew the opposite conclusion and has in part constructed its nuclear arsenal in close collaboration with the USA. These historical differences continue to leave their mark, at the same time as both countries have made similar assessments of the current strategic threat picture and for the last several years have been cooperating in the nuclear defence sector.

“It is clear that today’s situation is driving the two countries closer to each other. The international security situation, costs, and especially the United Kingdom’s domestic politics are the principal driving forces behind the change,” says Niklas Granholm, Deputy Research Director at FOI, and one of the study’s two authors.

During the first two decades following the Cold War, both the United Kingdom and France reduced their nuclear weapons arsenals by reducing the number of warheads, scrapping tactical weapons, and lowering the readiness of the remaining systems. When new nuclear weapons states emerged at the turn of the millennium, both France and the United Kingdom assessed that they needed to retain the deterrent effect of strategic weapons. Today, both countries have a fleet of ballistic missile submarines. France also has land- and ship-based aircraft that carry nuclear-armed cruise missiles.

“The alignment between the two countries has evolved cautiously and over time. It is a consequence of their shared threat perceptions. Today’s threats are many more than purely military: for example, radical Islamism. The question is how France’s nuclear deterrent, which so far has mainly been for protecting French interests, is going to relate to the European context during a more threatening situation,” says John Rydqvist, Senior Scientist at FOI, and the other author behind the study.

The question of an independent deterrent capability in Europe has come to the fore due to the uncertainty surrounding the continued support of the USA in the event of a conflict. But, in both France and the United Kingdom, there are uncertainties connected to the economy. France must appropriate large sums for developing a new generation of technically-updated weapons. British nuclear weapons capability, for both political and economic reasons, risks being afflicted by weaknesses that ultimately affects its credibility.

The likelihood of future and expanded Franco-British cooperation is greatest in the area of submarines, where an agreement on research cooperation is already in place today. Expanded cooperation would provide an opportunity to retain the deterrent effect at the same level, while reducing the number of ballistic missile submarines. This would lead to significant cost savings. Even if such a solution would be politically challenging, since there are elements of national deterrence and international prestige and power, a European cooperation on a nuclear deterrent is thus less unlikely now than ever before.