It’s a challenge to solve a battalion’s communications needs

When a battalion goes out into battle, it is imperative that its communications equipment works. Otherwise, situations may arise where a unit becomes cut off from other groups. In cooperation with a group within NATO, FOI has investigated various solutions for producing powerful tactical communications networks. 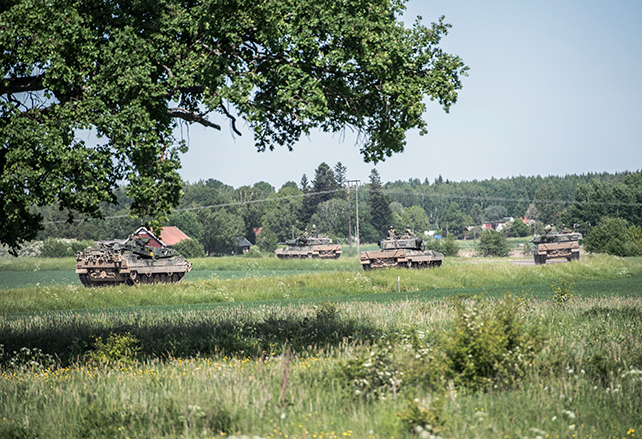 Compared to ordinary mobile phone networks, a battalion’s military networks have higher requirements regarding robustness, reliability, and security. The networks must also be adapted to different needs, depending on whether the users are soldiers or vehicles, for example, and whether their services are to be broadcast locally or to the entire battalion. Apart from needing to operate at various ranges and levels of capacity, the systems must also be able to withstand electromagnetic interference.

On assignment from the Armed Forces, FOI has investigated different solutions for meeting a battalion’s varied communications requirements. The project has been underway for three years, and part of the research has been carried out in cooperation with a research group within NATO, where among other things FOI’s role has been to contribute a major scenario for simulation of a military operation. The simulated event occurred in the fictitious country of Anglova, where 157 vehicles were to deploy to attack an enemy.

“We looked at the communication within the battalion, how the networks are constructed, what they look like and which radio systems one needs to have. One can have either a large network for all vehicles or a smaller one, for example for every company, and then connect them together. But one may also need both alternatives, since there’s a lot of data transmitted within the battalion,” explains Jan Nilsson, Deputy Research Director in FOI’s Division of C4ISR (Command, Control, Communications, Computers, Intelligence, Surveillance and Reconnaissance).

Communications are both in the form of speech and in the form of data transfer, such as graphic orders or position information when an enemy is sighted, or for avoiding friendly fire. A major problem, however, is that the communications systems risk interfering with each other, especially if they are not far apart. They can also be affected by other electronic equipment, such as computers.

“So, it’s important that the systems are robust and secure. We could all read in the news­papers how the Russians interfered with the systems in Ukraine; that can be an effective way of obstructing a country’s units,” says Jan Nilsson.

Spectrum availability also has significance for how the systems affect each other. To avoid interference, many military radio systems jump between different frequencies. But there are still problems when several systems are going to operate within a limited area of the spectrum. One of the objectives of the project has thus been to analyse measures that are effective in countering this kind of interference.

“To be able to convey all information needed within a battalion, or in an even larger unit, such as a brigade, it’s important to avoid and be able to handle disruptions. If you are disrupted, you may only be able to transfer the most important information and, eventually, you may arrive at the point where you are completely cut off from the other units. Then there have to be methods for solving that,” concludes Jan Nilsson. 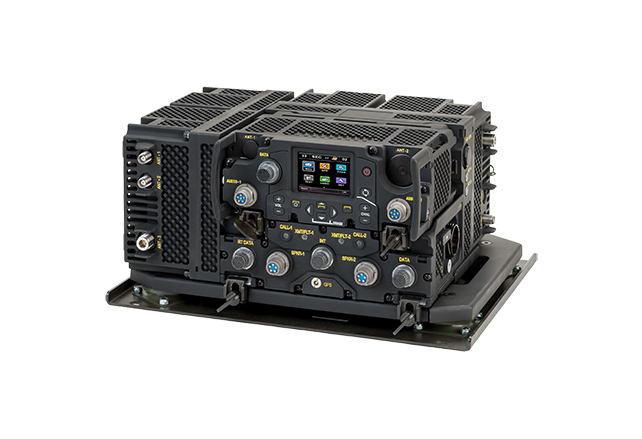 The photo is of an RA 572 2-KANAL (2-CHANNEL), one of the radio products included in the recently procured mobile ground radio system, Radiosystem 570. RA 572 is a vehicle-mounted radio that supports several frequency bands and waveforms and can be used in several roles. RA 572 is intended for relatively sophisticated vehicles, such as the main battle tank, Stridsvagn 122.