In future wars, artificial intelligence (AI) will be as much a part of defence as artillery or bombers are today, according to FOI’s study, Artificial Intelligence for Military Decision Support. 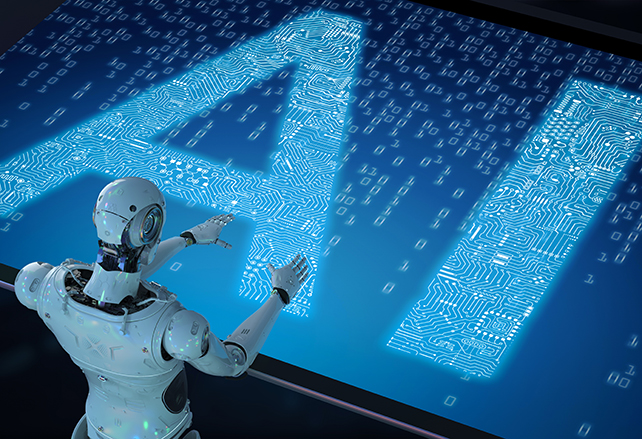 Artificial intelligence (AI) has spread to every part of the military. Image from iStock.

AI plays a central part in most futures reports. But AI is not news for FOI; in 1983, FOA (one of the authorities that later became FOI) wrote the first report on the topic. At that time, the focus was primarily on automatic analysis of data gathered from aerial reconnaissance or submarine hunting. However, after the end of the Cold War, defence research on AI decreased. Swedish forces in international operations would mostly encounter technically weak opposition.

But FOI is now conducting several major AI research projects. One of the projects looks at ways in which AI can be included more broadly in government research. As part of this effort, Deputy Research Director Johan Schubert has scanned the international research literature to learn more about the leading edge in today’s research.

That enquiry shows that civil technology has taken the lead in development, in everything from autonomous vehicles to computers that become masters in Jeopardy. It also shows that AI has spread to every part of the military.

“The applications mostly involve analysing information to acquire better awareness of the situation and provide decision support by showing what happens when choosing between various alternatives.  The goal is to improve and speed up decision-making, to be able to act and assess better than the enemy can. The one who can make the fastest decisions can outmanoeuvre an otherwise equal and perhaps even stronger opponent,” says Johan Schubert.

What is driving development in AI is the increasing volumes of data that systems can manage, which means that recently AI has become capable of providing good decision support in ground combat, where hilly terrain with buildings and vegetation is often more difficult for a computer to analyse than airspace and water.

The human brain, however, is still more flexible and better at dealing with the unexpected, which is why the main task of AI systems is still to support decision-making. But there are situations where the systems can, or should, take over.

“Sometimes, so many decisions must be taken at the same time that it’s more than the human brain can handle, such as when a ship must protect itself from an attack by a barrage of missiles. In such cases, automated systems can make better decisions. We also see autonomous systems at a lower level; for example, an unmanned aircraft might be automatically dispatched to check an alarm emitted by a sensor,” says Johan Schubert.

The most intensive AI futures research deals with so-called transfer learning: solving problems in a way that approaches human decision-making.

“AI works best when there are large amounts of data to support it. Human decision-making is based on less data. If computers are going to be able to make decisions by relying on less data, they can practice on a simulated model. When reality then delivers a case with small volumes of data, the system can find support in the experience gained from the simulations.”

A more science fiction-like future, when robots wage war, is not at hand, according to FOI’s researchers.

“On the surface, future war will look like todays. But the operations will probably be better and more effective, since it will be easier to do the right things at the right time.”

AI can provide support in several situations in a scenario.