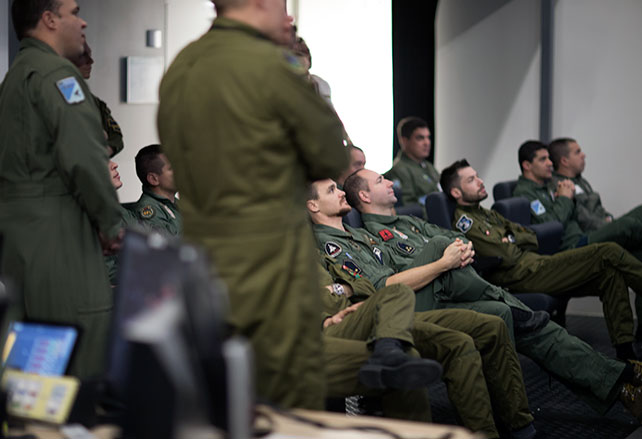 Briefing after one of the exercises. Photo: Albert Hager Bernats/FOI.

– Tactical exercises like this one mean that we train leadership and decision-making capability involving either two or four aircraft, says pilot Henrik Nyström, a captain in the Swedish Air Force and project leader for this year’s international tactical leadership training. The scenarios are built up with clear tasks and could involve defending a stretch of coast against incoming enemy aircraft. Fast assessment and the possibility to rerun the scenario after receiving feedback make the simulator training attractive.

FOI’s facility, the Swedish Air Force Combat Simulation Centre, FLSC, combines manned simulators and computer-generated forces. The pilots and fighter controllers sit in authentic environments and use the same type of equipment they would use normally.

– Those who train at the FLSC already know how to fly, says Niclas Lagerbäck, fighter controller at FOI and responsible for tactical operations at the facility. When the Gripen pilots and fighter controllers come here, they practice solving realistic tasks together. They train in acting as a group, with or against other aircraft or combat forces. We achieve the same training effect as in real life, but for a fraction of the time and cost, observes Niclas Lagerbäck.

– An advantage of international exercises is that we share experiences and learn new ways to tackle and solve problems, states Henrik Nyström. Leading a team of pilots from several countries involves sharpening one’s decision-making and paying more attention to how one’s leadership works in unfamiliar situations and with new colleagues. This strengthens the operational capability of both Sweden and the other Gripen countries. 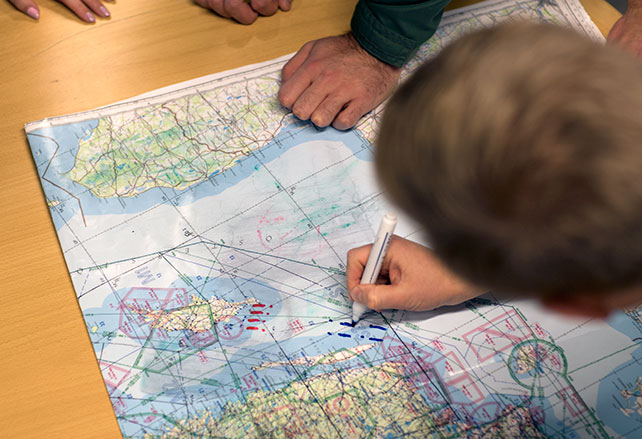