The European defence industry’s response to the increasing demand for military materiel is a particular focus of FOI’s second report in the Defence Economic Outlook series. The report connects the military expenditures of different countries to analysis of security policy and economics. 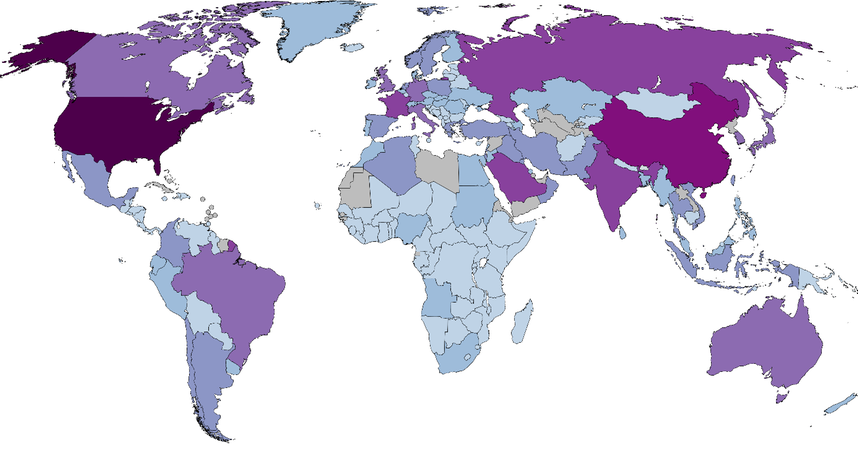 The report, written at the request of the Swedish Ministry of Defence, provides an outlook on global military expenditure and military materiel, as well as defence industry and macroeconomic conditions. The report’s focus is on such major powers as the USA, China, Russia, Saudi Arabia, France, United Kingdom and Germany.

“When we published the previous edition, Defence Economic Outlook 2016, we focused on military spending in order to say something about power relationships between countries. This time, we’ve gone a step further by describing the quantities of military materiel that the world’s major powers have. In this way, we hope to approach the answer to the question of just how much benefit different countries are deriving from their defence commitments,” says Per Olsson, researcher at FOI, who wrote the report together with his colleagues Juuko Alozious and Maria Ädel.

According to Defence Economic Outlook 2018, the USA and its NATO allies still have a significant advantage in terms of military spending and modern materiel. At the same time, however, major powers such as China and Russia are steadily narrowing this capability gap. Most of the countries in the Middle East, Latin America and Africa have also steadily increased their military expenditures during the last decade.

In recent years, numerous Western European countries have also begun to invest more on defence, after a long period of stagnant or declining military spending. This increase not only creates major opportunities for the European defence industry, but also challenges.

The researchers behind the report have conducted a number of interviews with European defence companies. The companies agree that new competitors are a challenge, as is an increase in a protectionist tendency from for example the USA. Another major challenge in meeting the growing demand is having access to personnel with the right competence. The companies also call for long-term investments in among other things research and development. Several companies also stated that drastic upswings and downswings are more difficult for their smaller subcontractors to handle.

The next publication in the series is planned for 2020.

“With the next edition we hope to move the report series yet another step forward by saying something about the purchasing power of the military spending of different countries, as well as about the quality of military materiel for the world’s major powers,” says Per Olsson.