If Russia attacks the Baltic region, can it keep NATO reinforcements out by creating a “bubble,” or ex­clusion zone, in the area? FOI invited ten leading military thinkers to contribute chapters to a new report on Russia’s capabilities (technically known as A2/AD) to implement and maintain such a zone. Ten distinct perspectives emerged. 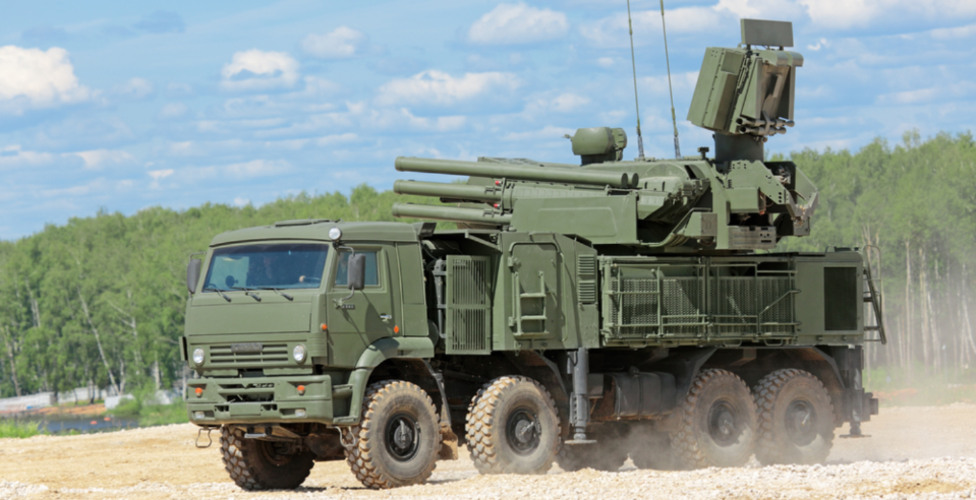 Intensive international attention was directed at FOI in 2019 with the release of its report, Bursting the Bubble, by the FOI researchers Robert Dalsjö, Christofer Berglund and Michael Jonsson, who questioned Russia’s “anti-access/area denial” (A2/AD) capability. This capability had almost been taken for granted in security policy circles. The assumption was that through a combination of sensors and long-distance missiles, a 400 km wide exclusion zone, or “bubble,” could be created around Kaliningrad. Inside the zone, Russian forces would be able to act with impunity.

FOI’s 2019 report raised serious doubts about the validity of such conclusions; it awakened its readers to other inter­pretations. A summary of the report was translated into 13 languages and the study was used as teaching material in half a dozen defence colleges. The authors were invited to lecture in numerous prestigious venues in Sweden and abroad.

“The report’s publication was certainly controversial, but no one has fundamentally questioned our main thesis. By conducting both technical and security analyses, we had credibly shown that the general view of Russia’s A2/AD capability was significantly exaggerated,” says Michael Jonsson, Deputy Director of Research, FOI. But many new questions emerged.

Given the response to the 2019 report, ten of the foremost thinkers on these questions – Russia experts, military officers, and security policy researchers – were each invited to contribute their own chapters to an anthology. This format allowed greater in-depth analysis and has resulted in a new report, Beyond Bursting Bubbles, which is now in publication.

“We sought out a mix of civilian researchers and military decisionmakers in different fields, including persons who share our critical assessment of Russia’s capability and those who don’t. We also looked for experts who could broaden our knowledge base by considering electronic warfare, cyber, and non-military methods,” said Michael Jonsson.

With this new publication, a broad readership will encounter a group of researchers who agree on many issues, but disagree on others. The result is invaluable: the complex contours of the A2/AD issue are much clearer now.

“It’s obvious to us that none of these leading researchers believe in impenetrable bubbles, but at the same time no one thinks it would be easy to penetrate Russia’s air defences in the Baltic region during a conflict there. Still, everybody agrees on several crucial aspects: the hardware relied on in Russia’s main systems; the assumption that the Baltic region is the most exposed to the Russian threat; and that Russia’s A2/AD capability would be at its most dangerous in a swift and limited conflict,” explains Michael Jonsson.

In spite of all the agreement, the report also concludes that several questions remain open and require more analysis.

“Just how well-integrated are the various components of Russian weapons systems, for example? Can they share targeting data? Or, how well would a stealth aircraft such as the F-35 perform in a duel with Russian air-defence systems? There is also genuine uncertainly about how Russia’s or NATO’s technical systems would function in the event they were subjected to electronic warfare.”

Michael Jonsson is certain that several chapters are going to generate debate.

“For example, the argument by two academics, Lanoszka and Simón, that the West should redress the missile balance by stationing ground-based missiles in Poland and other NATO countries. And, certainly, Keir Giles’s fascinating description of non-military measures that back up military capabilities – cyberattacks, troll factories, and influence agents – is going to be discussed.”

Some of the chapters have also given rise to new thinking within FOI.

“Our principal thesis has not changed. But observing how other leading researchers work their way through these issues has led us to consider whether we need to re-evaluate particular assessments or supplement the analysis,” says Michael Jonsson.

Michael Jonsson is also convinced that the last word on this issue is yet to come.

“I expect that we’ll continue to have a constructive debate on these questions. But this report has helped us to narrow the scope of disagreement, to the point that there are only a few key questions left to research.”

Chapter authors of Beyond the Bubble, in order of appearance