Researchers from the Swedish Defence Research Agency (FOI) and Umeå University wanted to advance medical countermeasures for nerve agent poisoning. In the process they ended up solving a 50-year-old mystery that also has potential implications for the treatment of neurological conditions and blood pressure disorders.

The image shows the three-dimensional structure of ChAT and the inhibitor that is created through a reaction between an AVP and coenzyme A. Image: FOI.

Those were the words of team leader Fredrik Ekström when he and his colleagues Daniel Wiktelius, Tomas Bergström, and Anders Allgardsson at FOI in northern Sweden looked at the data from an X-ray crystallography experiment on an obscure but important enzyme that plays a critical role in the nervous system.

It was autumn 2018, and the research group had been toiling for years with choline acetyltransferase. Commonly known as ChAT, the enzyme is found in animals’ cholinergic nervous system. Its primary function is synthesizing an important neurotransmitter – acetylcholine (ACh) – which plays a role in muscle movements as well as cognitive functioning and memory.

Diseases such as Alzheimer's and schizophrenia are linked to disturbances of the cholinergic nervous system. In addition, nerve agents also affect the cholinergic system with life-threatening seizures as a result.

Acetylcholine’s importance to the proper functioning of the cholinergic nervous system was one reason why Ekström and his colleagues had taken an interest in ChAT.

“We noticed that the field of medical countermeasures has been standing fairly still for at least 40 years. There’s been very little explorative research and we were really eager to do something new,” Ekström explains.

The project was more of a hobby at the start, he admits. It involved unearthing decades-old research papers on ChAT, considering its properties, and reflecting how they might be able to learn something new about the enzyme.

“Considering how important ChAT is for the functioning of the nervous system, there was surprisingly little to be found in the literature,” he recalls.

“We asked ourselves, ‘Why is no one working with this enzyme?’”

Part of the answer, Bergström explains, was a lack of understanding about how the ChAT enzyme works, and specifically how it's affected by inhibitors. 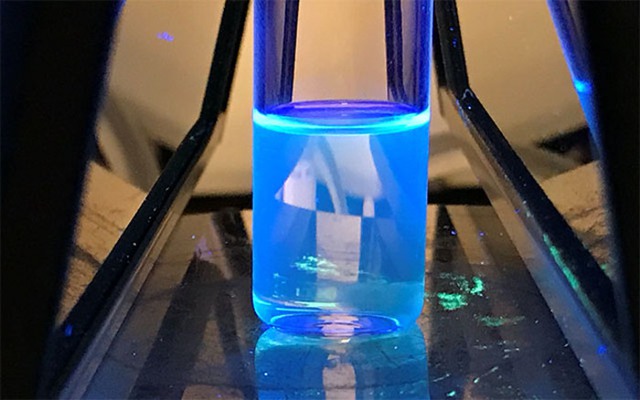 Nearly five years after starting on their research journey with ChAT, the team has learned more than they bargained for. They’ve solved a question that has vexed researchers for decades, revealing the mechanism for how an inhibitor can bind with ChAT and that the process is actually a chemical reaction that takes place inside the enzyme itself. Image: FOI.

An inhibitor is a chemical substance that slows down an enzyme’s function. In the case of ChAT, such a substance may affect the amount of acetylcholine produced. An unresolved question is whether this would decrease the activity of the nervous system.

“Theoretically, if a ChAT enzyme inhibitor could be identified and its functioning understood, it would pave the way for the eventual development of treatments for conditions that result from an imbalance in acetylcholine levels,” Bergström explains.

While previous research showed it was possible to block the ChAT enzyme, none of the findings provided any clues about how the inhibitors worked. And while there was ample research on ChAT from the ‘60s and ‘70s, the research community eventually moved on, leaving the mysteries of ChAT’s functioning unsolved.

But while perusing through his “ChAT folder” on the margins of a conference in Switzerland in 2018 Wiktelius took what he calls the first significant step toward unravelling the enzyme’s mystery.

Passing time in his hotel, he began compiling a spreadsheet of about 150 compounds, noting various measurements and data from previous research.

“It was clear to me that something was missing. Why couldn’t anyone explain why one compound is active and another is not?” he recalls.

“I realized that any work on ChAT would probably be quite rewarding. There was clearly a gap in knowledge that we might be able to fill.”

Motivated by the prospect of sparking a revival in research on the underappreciated and misunderstood enzyme, the team redoubled their efforts. But it was slow going at first.

First, they began using X-ray crystallography to create 3D images of ChAT together with various inhibitors found in the 50-year-old research papers. But after numerous of attempts, the team couldn’t produce a result indicating that the inhibitors had bound to ChAT.

Eventually, Wiktelius recalled a 1969 research paper stating that certain ChAT phenomena could only be observed if acetyl-coenzyme A was also present. Acetyl-coenzyme A is the provider of acetyl for the synthesis of acetylcholine that is ChAT’s main function.

He then advised the team’s crystallographer, Anders Allgardsson, to add coenzyme A to the existing ChAT and inhibitor mixture when making the crystals and see what happens.

Allgardsson developed a scheme to include coenzyme A and ran the process. The result was yet another huge data set from which a 3D image of the enzyme could be developed. 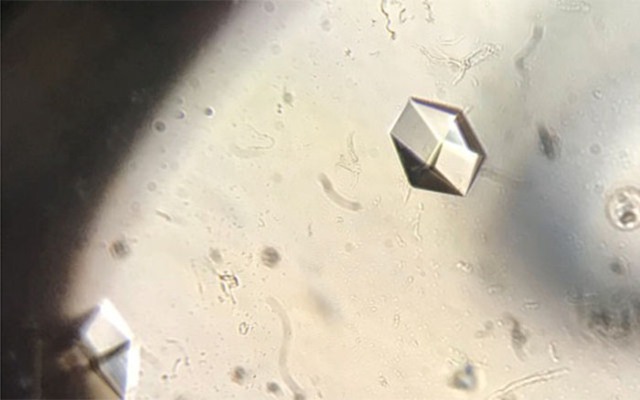 Late on a Saturday night in October 2018, Ekström began looking over the data. Much to his surprise, he saw something unexpected inside the enzyme. Zooming in to take a closer look, he could hardly believe what he saw: the inhibitor had somehow connected to coenzyme A inside a “tunnel” running through the middle of the ChAT enzyme.

“I thought that something was wrong. Normally molecules don’t like to be so close to one another. It just didn’t seem possible,” Ekström recalls.

Upon closer inspection, the team realized the surprising result was due to a unique chemical reaction taking place inside the enzyme.

Before popping the champagne over this seemingly ground-breaking discovery, however, Bergström ran some more tests in a mass spectrometer hoping to confirm that the 3D image from the X-ray crystallography was indeed what the team suspected.

Bergström examined the spectrometer findings. The mass of the molecules added up to the mass predicted by the 3D image. He immediately mailed the masspectrum to the rest of the research team.

“When I saw the data was the real eureka moment, now we had absolute proof,” Bergström recalls.

The discovery prompted a flurry of hard work trying to understand the details of this unique reaction. Norman Hoster, PhD student at the Industrial Doctoral School at Umeå University, has studied how the reaction dramatically increases the stability of ChAT using a method called Circular Dichroism, or CD. He stresses the importance of collaboration to be able to address difficult research problems.

”I think this work is a great example of the benefits of collaboration. Both Umeå University and FOI got far more than they invested as individual participants.”

‘This is only the starting point’

Nearly five years after starting on their research journey with ChAT, the team has learned more than they bargained for. They’ve solved a question that has vexed researchers for decades, revealing the mechanism for how an inhibitor can bind with ChAT and that the process is actually a chemical reaction that takes place inside the enzyme itself.

“The old data was inadequate because it was measuring the wrong thing. Researchers thought the molecule itself was the inhibitor. They didn’t know there was a reaction taking place,” Wiktelius explains.

“We’ve now supplied the blueprints that show how and where the inhibitor binds with ChAT.”

Exactly how those blueprints may be used remains to be seen. And much more research is needed before it might be possible to develop more effective medical countermeasures for nerve agent poisoning.

But having the paper accepted for publication in the prestigious international edition of Angewandte Chemie International Edition – the journal of the German Chemical Society – is an important next step toward making such research possible.