Defence cooperation in smaller groups has become a way to deal with the deterioration in European security. For Sweden, according to an FOI report, this involves prioritising those clusters that deliver the greatest benefits for its defence capability. 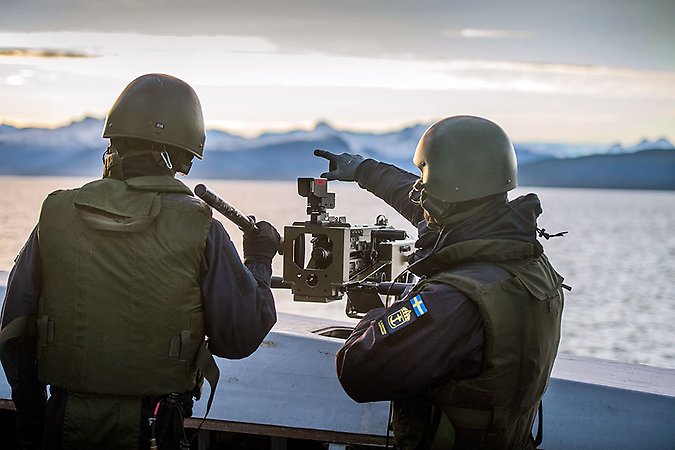 Visby class corvettes HMS Nyköping and HMS Karlstad during Trident Juncture 2018. The two corvettes are assigned to the JEF force pool and will be held at high readiness from 2019 as part of the NRF. Photo: Alexander Gustavsson/Swedish Armed Forces.

Sweden currently has bilateral defence agreements with ten or so countries and participates in several regional cooperation arrangements. The impetus is the deterioration in European security, especially the tense situation around the Baltic Sea.

At the request of the Ministry of Defence, FOI has analysed two groups that Sweden is a member of: the Joint Expeditionary Force (JEF), led by the United Kingdom, and the Framework Nations Concept (FNC), led by Germany. On the one hand, the study assesses what more limited defence cooperation structures imply for Europe’s defence and security and, on the other, what Sweden needs to consider both in being a member of these cooperation formats and in eventually joining new ones in the future.

According to the report, the various forms of defence cooperation have both positive and negative impacts. On the plus side, decision-making is faster, among other things.

“This involves small groups, of course, which means that one doesn’t have to wait for decisions from as many parties as one does in large multi-lateral collaborations. Also, decision-making is facilitated by the fact that the countries are often like-minded and have similar threat perceptions. They can thus act more flexibly in regional situations than what is possible in EU and NATO,” says Eva Hagström Frisell, Deputy Research Director in the Department of Security Policy and Strategic Studies, and a co-author of the report.

The report also shows that these forms of regional cooperation strengthen the security relationships between countries as well as Europe’s capability to manage different situations. They can also constitute a way for European countries to live up to their NATO commitments and contribute to fairer burden-sharing. Another advantage is that smaller countries can be stronger by cooperating with one of Europe’s larger military forces.

May lead to fragmentation

At the same time, the report’s authors maintain that collaboration initiatives such as the JEF and FNC may lead to a fragmentation of European defence cooperation. The member countries also risk wasting resources that they would otherwise need for investment in national defence.

“Therefore, a careful analysis of the benefits and limitations of this type of cooperation needs to be undertaken, with priority given to that which provides the best outcome,” says Eva Hagström Frisell.

Despite the negative consequences, the report’s message is that those cooperation arrangements that can strengthen security relationships are good for Sweden.

“Both the United Kingdom and Germany are important for Sweden. But it is essential that military projects are coordinated, so that several organisations don’t end up putting money into the same thing.”